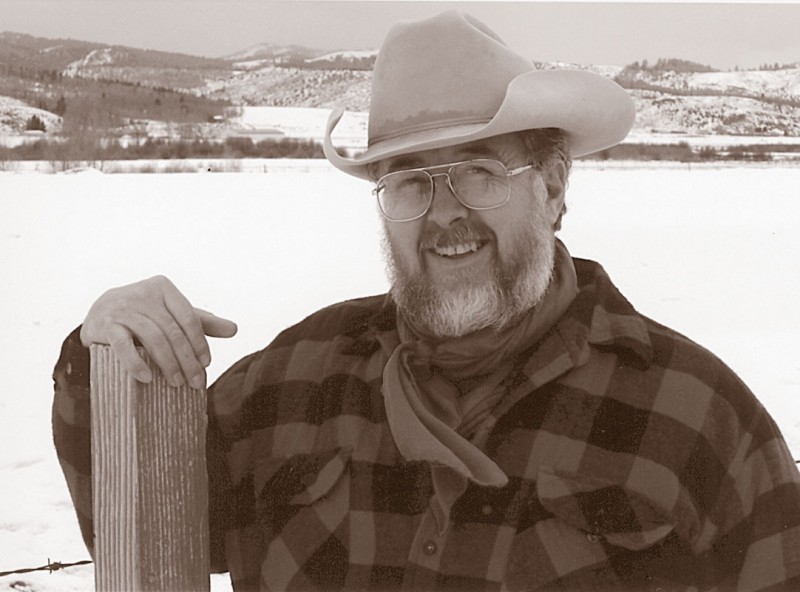 Clark K. Price was born in Idaho Falls, Idaho, in 1945. As a child he loved to draw, and even his earliest artistic efforts told a story. His parents, Rex and Kathryn Price, recognized his talent and encouraged him to use it. He received his formal education from Ricks College and Brigham Young University, with a bachelor’s degree in oil painting. His love of the West, both modern and historical, and his life experiences have been his greatest resources in developing his talent.

He spent his early years living in a log cabin that his parents had built in Montana. Surrounded by nature, Clark developed an appreciation for the land, as well as an ability to observe the kinds of details many overlook. He has been able to call upon his observations and experiences to create the art for which he has become known.

Clark worked on various ranches since his teenage years, giving him a feel for and an appreciation of the cowboy life. His experiences with his own horses during the past 30 years, packing and hunting in the mountains of Idaho and Wyoming, add to the authentic flavor of his work.

Each of Clark’s paintings tell a unique story and his work is often compared to that of master Western artists.

He has participated in the Jackson Hole Art Auction and the C.M. Russell Art Auction, as well as the Masters of the American West Fine Art Exhibition and Sale at the Autry National Center. Clark has twice been selected for the Arts for the Parks Top 100 in Jackson, Wyoming, winning the historical award one year. His art also has appeared in several books and magazines.

Since 1973 Clark has been a full-time artist and his work can be found in private collections in the United States and abroad. He is represented by Trailside Galleries in Jackson, Wyoming, and Scottsdale, Arizona. He and his wife, Irene, raised seven children. Clark resides in Star Valley, Wyoming.